A brief introduction of corn germ and corn germ oil 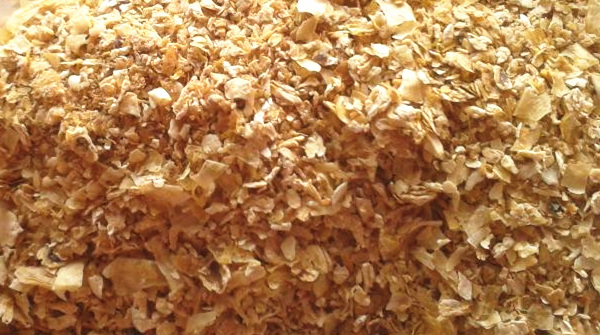 The germ of a cereal is the reproductive part that germinates to grow into a plant;it is the embryo of the seed. Along with bran, germ is often a by-product of the milling that produces refined grain products. Cereal grains and their components, such as wheat germ oil, rice bran oil, and maize may be used as a source from which vegetable oilis extracted, or used directly as a food ingredient. The germ is retained as an integral part of whole-grain foods.Non-whole grain methods of milling are intended to isolate the endosperm, which is ground into flour, with removal of both the husk (bran) and the germ. Removal of bran is aimed at producing a flour with a white rather than a brown color, and eliminating fiber: neither of these objectives is desirable from the nutritional viewpoint. Germ is rich in polyunsaturated fats (which have a tendency to oxidize and become rancid on storage) and so germ removal improves the storage qualities of flour.

Corn oil (maize oil) is oil extracted from the germ of corn (maize). Its main use is in cooking, where its high smoke point makes refined corn oil a valuable frying oil. It is also a key ingredient in some margarines. Corn oil is generally less expensive than most other types of vegetable oils. One bushel of corn contains 1.55 pounds of corn oil (2.8% by weight). Corn agronomists have developed high-oil varieties; however, these varieties tend to show lower field yields, so they are not universally accepted by growers.
Corn oil is also a feedstock used for biodiesel. Other industrial uses for corn oil include soap, salve, paint, rustproofing for metal surfaces, inks, textiles, nitroglycerin, and insecticides. It is sometimes used as a carrier for drug molecules in pharmaceuticalpreparations.

Production
Almost all corn oil is expeller pressed, then solvent extracted using hexane or 2-methylpentane (isohexane).The solvent is evaporated from the corn oil, recovered, and re-used. After extraction, the corn oil is then refined by degumming and/or alkali treatment, both of which remove phosphatides. Alkali treatment also neutralizes free fatty acids and removes color (bleaching). Final steps in refining include winterization (the removal of waxes), and deodorization by steam distillation of the oil at 232–260 °C(450–500 °F) under a high vacuum.
Some specialty oil producers manufacture unrefined, 100% expeller pressed corn oil. This is a more expensive product since it has a much lower yield than the combination expeller and solvent process, as well as smaller market share.

Effects on health
Some medical research suggests that excessive levels of omega-6 fatty acids, relative to omega-3 fatty acids, may increase the probability of a number of diseases and depression.Modern Western diets typically have ratios of omega-6 to omega-3 in excess of 10 to 1, some as high as 30 to 1, partly due to corn oil which has an omega-6 to omega-3 ratio of 49:1. The optimal ratio is thought to be 4 to 1 or lower.
A high intake of omega-6 fatty acids may increase the likelihood that postmenopausal women will develop breast cancer.Similar effects were observed on prostate cancer.Other analysis suggested an inverse association between total polyunsaturated fatty acids and breast cancer risk.