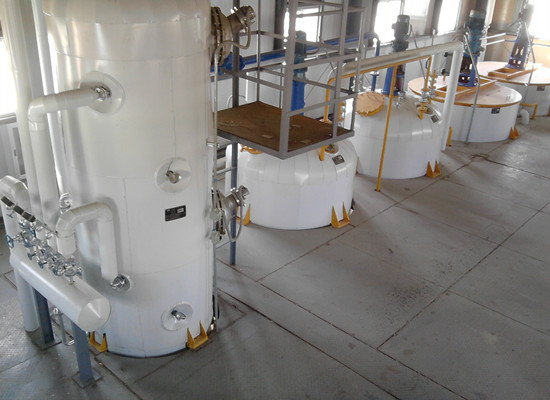 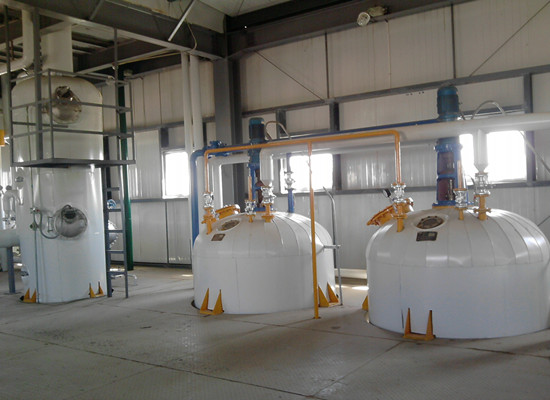 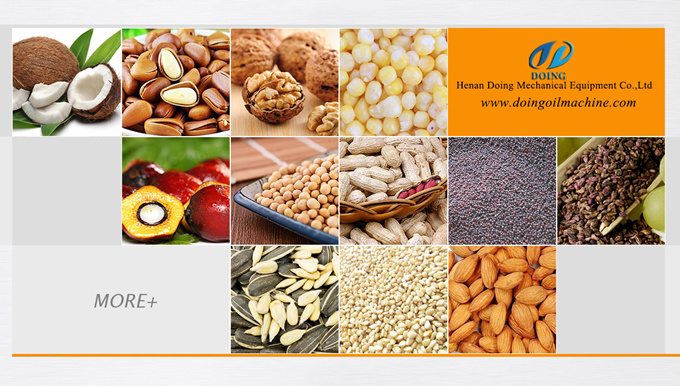 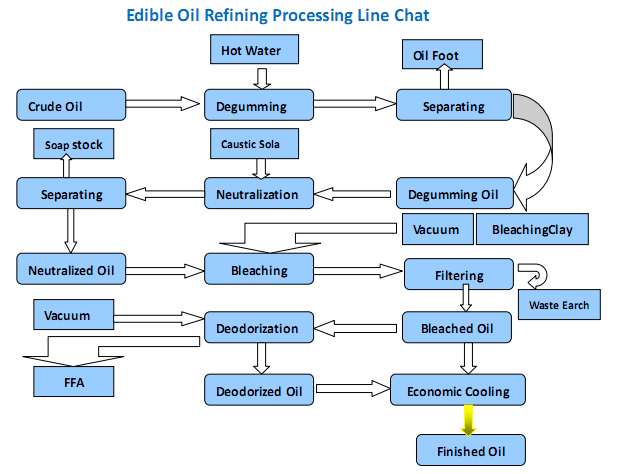 Oil refinery process introduction:
Semi-continuous oil refinery has a main process which is different from batch type: that is deodorization.
Deacidification/ Neutralization: Use NaOH to react with FFA inside oil. Then the reaction product soap stock will be discharged.
De-gumming: Use hot water to mix with crude oil to remove the gum inside oil. Then dry the oil for bleaching process.
Decoloration/Bleaching: Use the bleaching earth to take the impurities out. Then use the filter to remove the bleaching earth.
Deodorization: This is the main different type from batch type oil refinery. It’s continuous type. We use the continuous deodorization tower to remove the peroxide value. Then there will be no serious smell in oil. After filtering, you will get final oil product. 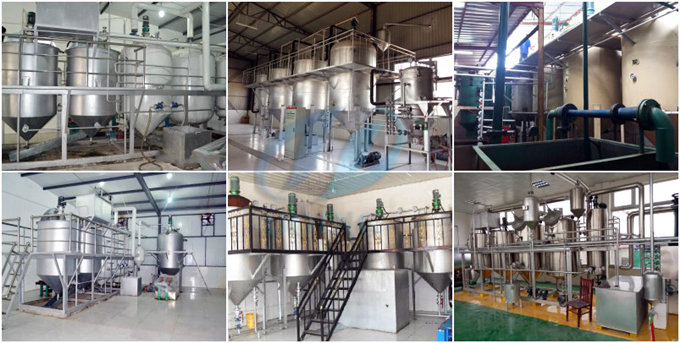 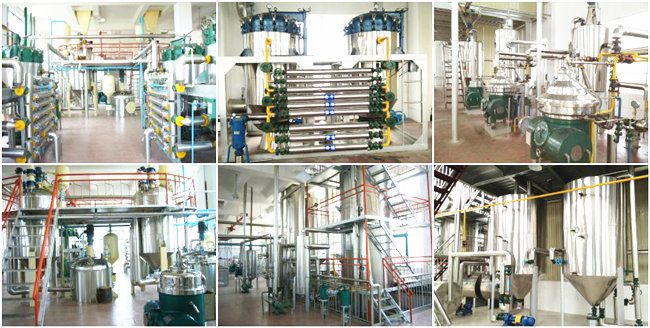