How to crack and separate palm kernel and palm kernel shell quickly?
How much time can the palm fruit be kept before making it palm oil?
What is the process involved in making palm oil in palm oil mill plant?
How to choose the right palm oil machine to produce palm oil based on your budget?
How does a new oil refinery work?
What are the difference between diesel and vegetable oil?
What is the emmision of vegetable oil plant
How to reduce oil residue in solvent extraction ? 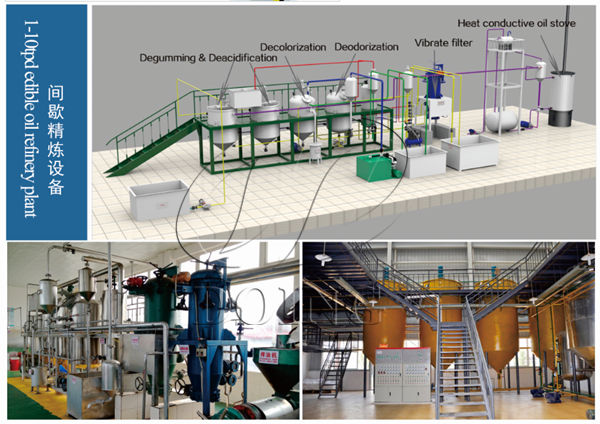 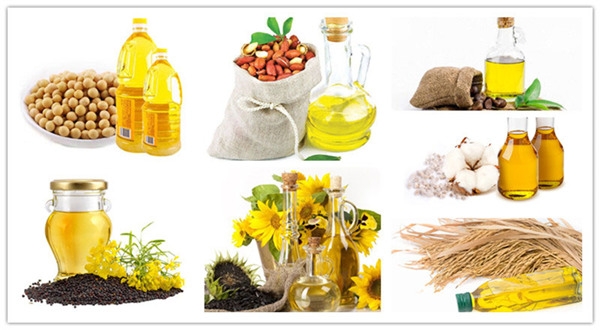 Edible oil refining mahcine can refine the above vegetable oils

There are three basic processes in edible oil refining. First process is to eliminate the Free Fatty Acids (FFA) by adding caustic soda through neutralizing the oil in the neutralizer. Oil is heated up to around 60 Centigrade by thermic fluid coils and oil is stirred by stirrer. Then soap stock formed as a result of chemical reaction is allowed to settle at the bottom of the neutralizer from where it is removed into soap pan.

Neutralized oil is drawn into the second vessel called bleacher where color of oil is eliminated by bleaching process with aid of chemicals such as carbon black and bleaching earth. The temperature of oil should be 110 centigrade. Stirring is also continued. The bleaching process happens under vacuum.

Then bleached oil goes to the filter press where bleaching earth and chemicals are separated and then clean bleached oil will be drawn to deodorizer where oil is heated above 110 Centigrade through thermic fluid coils and then live steam is provided to the oil from the bottom steam nozzles and temperature of oil is raised up to 200 to 220 Centigrade through thermic fluid coils. The whole process happens under high vacuum. Thus smell is taken off the oil in the deodorizer. Then it goes to cooler where water circulating coils take away heat and oil is cooled. Again it goes to second filter press where completely refined and transparent color less oil is obtained.

In the cooking oil  refining process, Thermic Fluid Boiler, Vacuum Pump, Barometric Condenser, Catchols, Steam Generator have their particular roles.These equipments are linked with the vessels through pipelines as part of the refinery.