Home > FAQ What is the cost of groundnut oil making machine?

What are the processing methods and machine for cottonseed oil?
What machines is needed for the mechanized production of sunflower oil?
What equipment is included in the peanut oil production line with different processing capacity? What is the purpose of these equipment?
What preparations are required before processing sunflower oil?
How to start a small cooking oil production business?
How much is the cost of cooking oil press machine to set up a small scale business?
How can I get small scale sunflower oil mill plant that can produce 0.5-1 tons of sunflower oil a day?
How is your soybean oil making machine working and how effective is it?

What is the cost of groundnut oil making machine?

For the cost of groundnut oil making machine, we illustrate with different making capacity:

1. If your making capacity is less than 5 tons, you can directly use our screw oil press, which is very simple and easy to operate and has very high efficiency. In addition, we also have temperature-controlled oil presses and integrated oil presses for you to choose from. The cost of a groundnut oil press is around $2500. 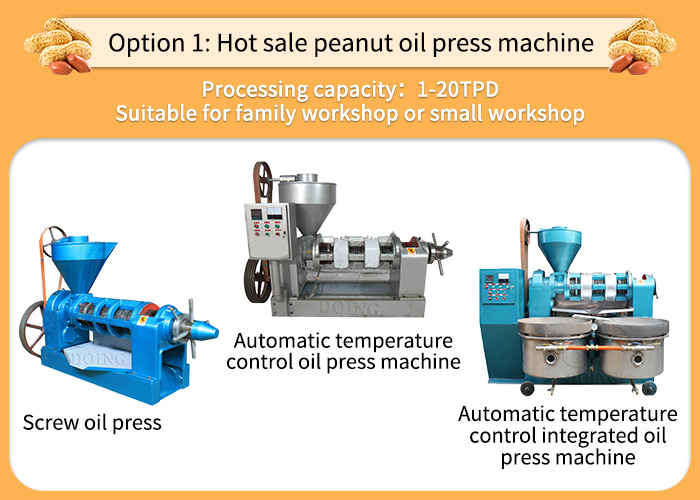 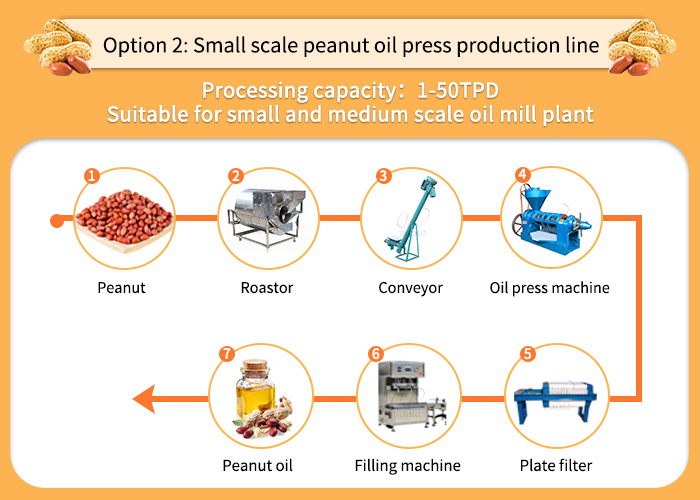 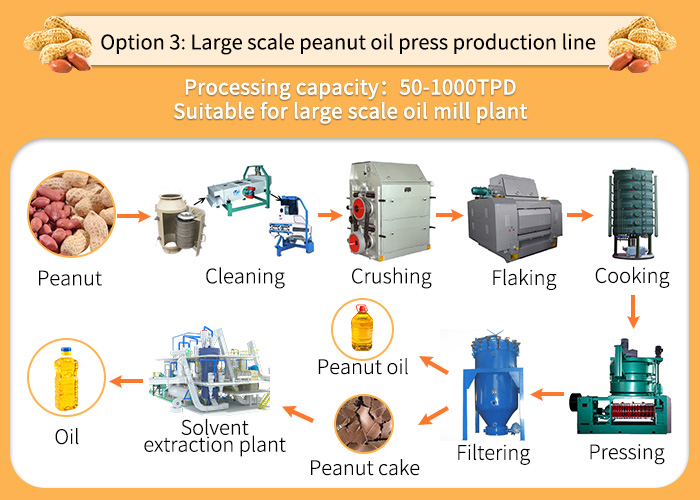 Our equipment can be adjusted to different degrees according to customer requirements until customer satisfaction is achieved. If you are interested in groundnut oil production, you can contact us anytime, we will provide you with the best service and quality.